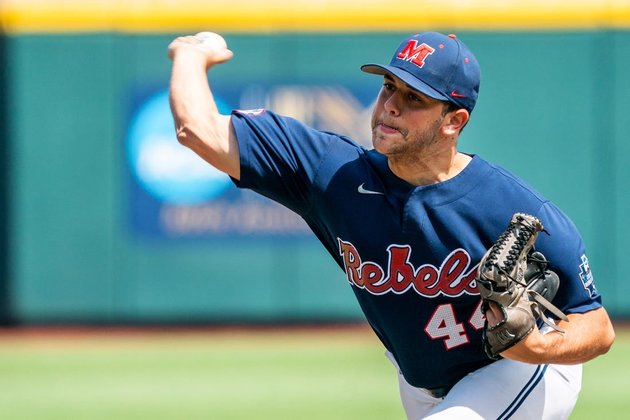 Dylan DeLucia pitched a four-hit shutout on Thursday as Ole Miss defeated Arkansas 2-0 in Omaha, Neb., to earn a spot in the College World Series finals for the first time in school history.

Ole Miss will face Oklahoma in the best-of-three finals, which begin Saturday. Arkansas (49-22) was eliminated with the loss.

Graham's two-out double in the fourth scored Bench from second for the lone run Ole Miss would need. The Rebels added insurance in the seventh with three singles, the last being Calvin Harris' run-scoring hit.

Arkansas' Connor Noland (8-6) gave up two runs and seven hits over eight innings. He fanned seven and walked none.